Home » Events » What does an Organic Almond Farm Look Like?
Author : YGCadmin

It was February, when I drove through central California, and oh was it lovely.  The almonds (pronounced a munds by the farmers) were in bloom and I could not wait to see the beehives.  There they were, stacked clusters of about six hives, along the edges of almond farms.  Gorgeous pink and white blooms clustered along dark winter stems, leading to the trunk, and surrounded by bare ground.  Not a green stem, dandelion or blade of grass in many of the fields.  Drip lines on both sides of the tree trunks, stretched along the rows.

What I was looking for were the bees.

Like a country music festival, of all social beings, gathered in concentration to celebrate the bloom, the orchards were abuzz with music of the bees.  Like weary travelers, many are packed in the back of semis, from across the country, only to imbibe in one kind of brew:  the almond flower.  With 30 to 50,000 bees in a single hive finally to arrive in California where they comingle with others in this springtime nectar fest. When the almonds are cross pollinated and begin to develop their nutty seeds, the petals fall and shrivel, a signal to both bee and farmer, that their job is done.  Where next?   Like rock star musicians they are on the road and follow the nectar trail.  Cherries, apples?  One hive of bees needs about a half-acre of flowers through the season to survive and most flowers bloom a third of it, spring, summer and fall.  If it is not grown habitat, the beekeepers stay on the road and follow the nectar trail.

Data has continued to document the bee decline, which is associated with habitat loss and pesticides, to name a few.  The long-term systemic pesticides called neonicotinoids can stay in the tree, flowers, pollen, roots, etc. for up to several years.  Imidacloprid, is one of the most common ingredients in insecticides, an ingredient in over 400 products (read the back of the label), can last almost 3 years, according to research compiled by the Xerces society in Are Neonicotinoids Killing Bees?

It turns out, that a recent study by Dr. Dylan Smith, from the Dept. of Life Sciences at Imperial College in London studied the effects of neonicotinoid pesticides on larval exposure within the bee colony.  Once young bees exposed to pesticides matured, their learning was still impaired due to the exposure when young.

Meanwhile, my curiosity about organic almonds was growing.  How do the organic almond growers do it?  I tracked down an eighty-five-year-old seasoned farmer in central California, between Modesto and Merced, near the Merced River.  Calling from an exit off the freeway, I asked farmer Glen Anderson if he would show me his farm. (andersonalmonds.com) Out of the blue, he said yes and after driving through more farmland, we turned into his property, past the pruned branches and old rustic farmhouse.

Out walked a sturdy bearded man in a simple jacket and floppy sun hat.  He smiled and greeted my husband and I at the van.  Glen, the farmer, started out by sharing the important location of the farm, sought out by his father after the water management pipelines and canals were developed from the Merced River.  The irrigation water flooded his 20-acre orchard, from the west and he had to help guide the waters through the orchard in a timely way, so the water did not sit more than 2 – 3 days.  If so, the life in the soil and roots would be robbed of oxygen and could be lethal to the ecosystem.

Healthy Ecosystem:  what does that look like here?  A hawk tells me he has one. You cannot help but notice the variety of ground cover and grasses covering the entire landscape, from tree to tree.  The soil is somewhat moist and nearly holds together in our hand when squeezed.  In the topsoil were insect larvae and earthworms, seen without much effort.   The green ground cover is a mix of old cover crops, grasses, mints, and weeds that come in with the water.  He does not worry too much about the species but mows it roughly to 6 inches.  When the upper shoots of the plants are grazed or clipped, the below ground roots may slough off and feed the soil or form a green mulch on the surface. All green plants are feeding the microbes with a bakery of goods, in return the web of life provides a myriad of nutrients to feed the trees.  To supplement this natural food web and the nutrients that leave with the almonds, he spreads local cow manure onto the soil and lets nature do the rest.

“So what types of pests are you concerned about?” I asked.

“So what do you do when you have a problem?”  I continued.

“When I see something, I usually wait to see if there is a real concern.” He went on, “A UC Davis extension agent got me worried about root nematodes ten years or so ago, but then he recently discovered that other species of nematodes are predators that prey on the root eating vegetarians.  It turns out mites have predators too,” he added.

Then, he explained, “The Bat Conservancy showed up and offered me free bat houses.  I hadn’t had much of a problem with insects but was not sure of their impact,” he said, and then pointed to the bat boxes on his barn.  A researcher, Devaughn Fraser from University of California, Los Angeles was interested in sampling bat poop to determine their diets and impact on agriculture.  Since Glen has been a certified organic grower for over 30 years, research at his farm found the bats were indeed eating moths!  Essentially, they were his nighttime security force, out flying the orchards at night snatching moths and other insects in mid-air to combat the Naval Orange Worm and Peach Twig Borer, which are moths that eat almonds in their larval stage.

How much does it cost to spray a field or a person to load the sprayer and drive through the field?  These are cost inputs that affect a farmer’s bottom line.  Not to mention the cost of the insecticide product. The bats are part of the ecosystem that are providing a “free” service, much like bees pollinating the flowers.  Nurturing these natural species saves time, money, and the planet.

Who else is providing an ecological service?  The bees.  Unlike native honeybees that live in tree cavities or burrows in the ground in small family groups, Glen relied on a local honeybee keeper.  He had about 6 colorfully painted hives with healthy bees doing their work. He said he had tried native bees but had not had much success.  Bees need nectar throughout the year, so if there are not adequate flowers blooming during the growing season, or nearly year-round in warmer California, then the native bees do not have adequate habitat, nor do the European honeybees.

Therefore, the honeybees move with the crop.  Another cost and stress on the bees. While native bees are amazingly effective pollinators, natural hedgerows, and flowers are needed throughout the season and the nonnative honeybees compete with the natives.  It takes a village working together to keep the ecosystem functioning, not just one farmer.   What if the farmers worked together to create natural corridors between farms, much like the hedgerows of Europe to plant species of plants that bloom all season?  Then perhaps the farmers could have habitat for both the native bees and the supplemental exotic honeybees.

The Xerces Society offers a variety of services and strategies for farmers. We at Your Garden Companion, offer services to do just that—restore natural thickets, hedges and plants to provide an ecosystem that is healthy, so farmers benefit from the services they provide.   We are so grateful to all our clients who support our work to restore habitat to the soil and landscapes in central Oregon.

Onto my vacation.  Roosting on my lawn chair under the mature oaks as Cachuma Lake provided one more endorsement for the planet.  There I was watching the bluebirds, snatching flying insects all day long.  Wouldn’t they be perfect for farmers?  Catching the cabbageworm butterflies that flit by day in the sunlight, ready to lay eggs on all your broccoli, kale and cabbage.  Ode to the flycatching birds.  Toss out the Bt, Bacillus thuringiensis spray, which is a widely used biopesticide, and can harm Lepidoptera, including swallowtails and other butterflies.  Put up bluebird houses and let a few old trees stand as dead snags and perches for insect-eating birds.  Salute to your local ecosystems.

We know that ecosystems can function without us. The question is…

Can our degraded ecosystems be restored;

to function and survive with us?

Read more about the value of bats.

No Comments
Teaming with Nature. Teeming with Life!
LCB #9450 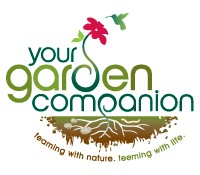